The Ferroeste Group has an industrial complex located in three Brazilian States, in the Southeast and North regions of the country. The Group’s main activities are: Reforestation and Wood, Charcoal Production, Pig Iron, Cement, Long Steels and Fuel Alcohol.
It has been operating in the State of Maranhão since 1990, and today it generates more than 2,300 direct jobs. The company has been self-sufficient in electrical power since 2008, when it started to generate 3 times more energy than its consumption, thus being the most efficient company of its whole sector in Brazil.
In 2011, it became the first Brazilian company to ever produce cement with the use of charcoal blast furnace sludge and today it is an important player in the cement market in Maranhão.

The company started the verticalization process for its pig iron production by implementing the AVB Long Steel Rolling Mill in the town of Açailândia, State of Maranhão in 2009; the start-up of its activities was scheduled for early 2016.
Offering higher quality renewable products, satisfying the customer and respecting the environment – these are the three major pillars supporting our corporate commitment and positioning Ferroeste as one of the most respected brands in the Brazilian industry.

The Group’s main activities are:

The Group employs more than 2,000 people, thus boosting the development and improvement of the quality of life of the communities within the Group’s areas of influence. 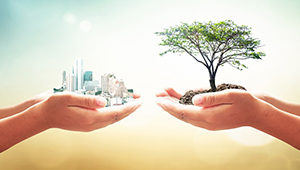 The Group’s history began in 1978, with the acquisition of Ferroeste, located in Divinópolis, Minas Gerais. Eight years later in 1986, the Group began to expand, with the foundation of CBF João Neiva, in the town of João Neiva, Espírito Santo. Four years later, in 1990, Ferroeste began the implementation of Gusa Nordeste, in Açailândia, Maranhão, which started its activities in 1993.
The following year, 1994, marked the growth and strengthening of Ferroeste, when the Group started to control 100% of the stocks of CBF Industria de Gusa SA, thus becoming a reference in the Brazilian pig iron sector.
Over the last years, the Group has sought ways to diversify its activities. In 2007, the Group implemented a Fuel Alcohol Plant in João Pinheiro, Minas Gerais, with an installed grinding capacity of 1 million tons of sugarcane per crop.
Within the steel industry, the Group seeks the verticalization of the “green steel” production, a concept created for steel produced with 100% renewable energy and zero carbon footprints, without the use of any fossil fuels. Therefore, the Group invests massively on the forestry sector and on the implementation of a Green Long Steel Plant in Açailândia, Maranhão. 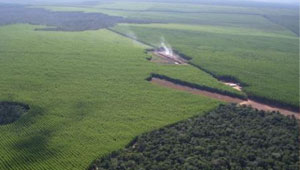 Today the Group has 40.000 ha of eucalyptus plantations. Aço Verde do Brasil Plant started the production of billets in December 2015; the beginning of the Rolling Mill activities is scheduled for December 2017, and its initial installed capacity is 600,000 Tons per Year.

The Group also invested on renewable energy, by installing Thermoelectric plants in the Pig Iron Plants in João Neiva (ES) and Açailândia (MA). Besides producing sufficient energy for the operation of the Plants, the Thermoelectric plants produce surplus energy that is sold to the market.